We Lived in Heaven - Christ Ahnsahnghong

The aged, who are absent from home for long, always long for their home.
As we have an earthly home, we also have a spiritual home.

Our forefathers of faith admitted that they were aliens and strangers on earth.
Why did they say that? It is because they were looking for their own country where they came from. 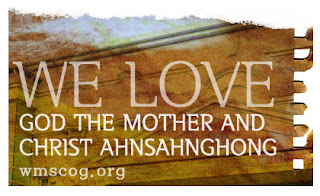 Hebrew 11:13~16 /
And they admitted that they were aliens and strangers on earth. People who say such things show that they are looking for a country of their own. If they had been thinking of the country they had left, they would have had opportunity to return. Instead, they were longing for a better country -a heavenly one.

Putting the above verses together, we come to realize that Jesus came into the world to seek and to save the lost from heaven.

When we carefully study Jesus' words in the Gospels, we can see that we are the lost ones.

Luke 15:3~7 / Suppose one of you has a hundred sheep and loses one of them. Does he not leave the ninety-nine in the open country and go after the lost sheep ntil he finds it?.. I Tell you that in the same way there will be more rejoicing in heaven over one sinner who repents than over ninety-nine righteous persons who do not need to repent. 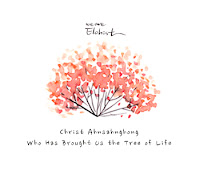 "One sinner who repents" was in heaven with the ninety-nine righteous persons.

In this ages, to find the sinner, Christ Ahnsahnghong the true shepherd came to earth.

Christ Ahnsahnghong and God the mother, Elohim God allowed the way of forgiveness of sin.